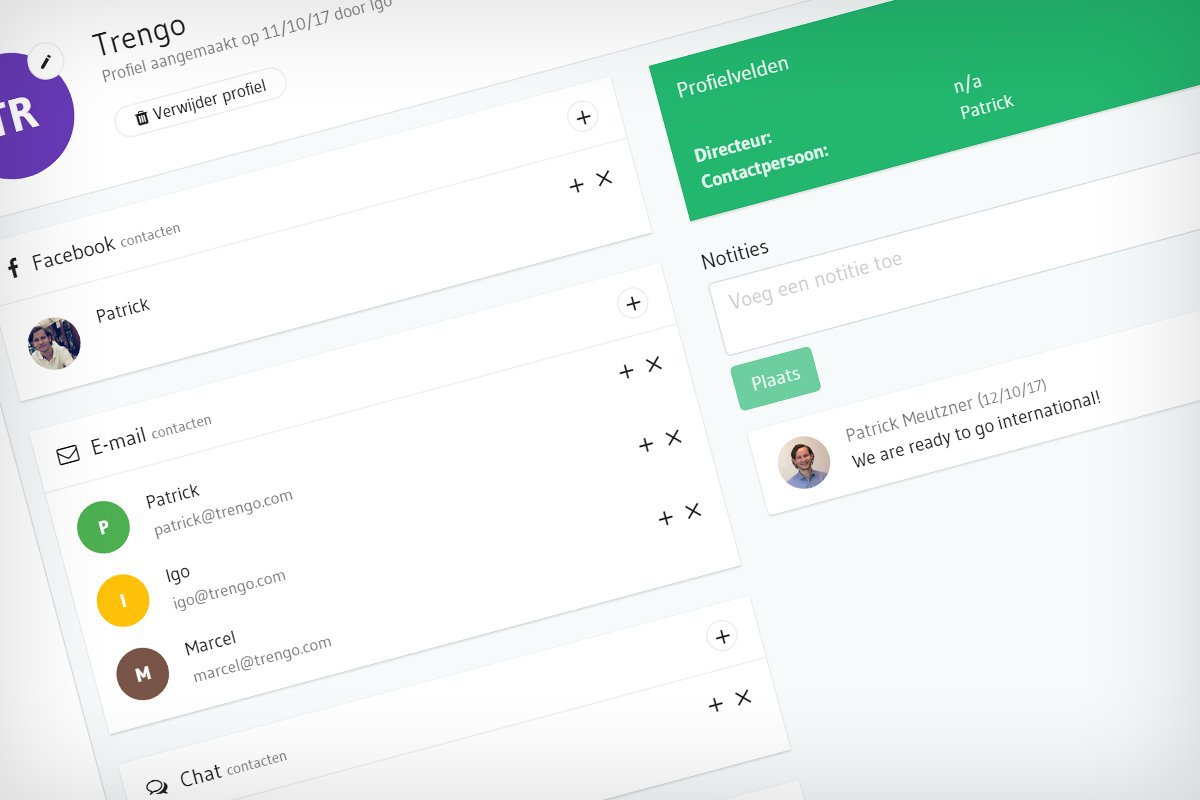 And why we are still very happy about that post COVID19

Early February, we completed our EUR 1.75M investment in Trengo. Trengo offers a SaaS platform that aggregates all client communication channels into one shared inbox. The platform allows businesses to improve their client communication by combining channels such as Facebook, Whatsapp, Instagram, Twitter, webchat and voice into one screen, and allows teams to easily collaborate to handle conversations.

When we first reached out, Trengo was not actively looking for funding since their business is already profitable and they are growing fast. Yes, that of course triggered us ;-). However, since Trengo has the ambition to scale even faster and expand their international presence, the team was open to discuss how we could help them. We had to convince them that they could benefit from additional capital (and that they should accept us as the right investor). During several strategy sessions where Trengo shared how they were operating, we were able to share our experiences and give insight into our thoughts of how to scale SaaS businesses even further. Working together suited both of us well: for us, this is a very important stage since we can see the team in live action. Vice versa, Trengo could experience what we could bring to the table (and perhaps even more importantly, let them know that we understand that in the end founders and management make great companies, and VC’s are mere facilitators on that path to success). We believe that having strategy discussions and working on an OKR plan together is a great way to validate if you are a good match.

While these meetings actually took longer compared to other deals, the negotiation was quite short. We were both convinced we wanted to work together which made for a smooth and mutually agreeable negotiation.

And then COVID19 hit the market

During the time we made this deal COVID19 was something from another world and of course we didn’t anticipate the magnitude of this crisis. And while the long term effects will have to unfold themselves, the short term effects for Trengo are more positive than negative: Trengo is ideally suited for remote work and team collaboration, resulting in a boost of their revenues. The company even tripled its customer onboarding capacity in the last month. While in the office, teams would sit together and briefly could ask short questions or feedback on client communications, the switch to remote work forces them to do otherwise. We just love companies that have business critical software solutions and a highly daily usage, especially if they are targeting remote work solutions during COVID19 days ;-).

And of course, it takes two to tango (yes, the joke ‘it takes two to Trengo’ has been made over a 1,000 times already, so that would be lame to put in here…) so we invited the team of Trengo to share their views on the transaction as well:

“Although we weren’t necessarily looking for external capital, Peak Capital opened our eyes to bigger opportunities, especially internationally,” says Patrick Meutzner, co-founder of Trengo. “It has always been our goal to reach the top on a worldwide scale. With Peak Capital’s extensive knowledge, expertise and capital, we believe we can achieve this goal even faster than we planned.”

“Aside from that, we really value the strong personal connection we feel with Peak Capital. There are a lot of Venture Capital companies, but we place a lot of importance on their knowledge of SaaS companies and scaling internationally. Since we’re embarking on a long term journey together, you need to be sure there is a good match. Peak Capital simply ticks all the boxes.”

Thank you, Patrick, Marcel and Igo — We couldn’t be more excited to be part of your journey and are looking forward to the next chapter!