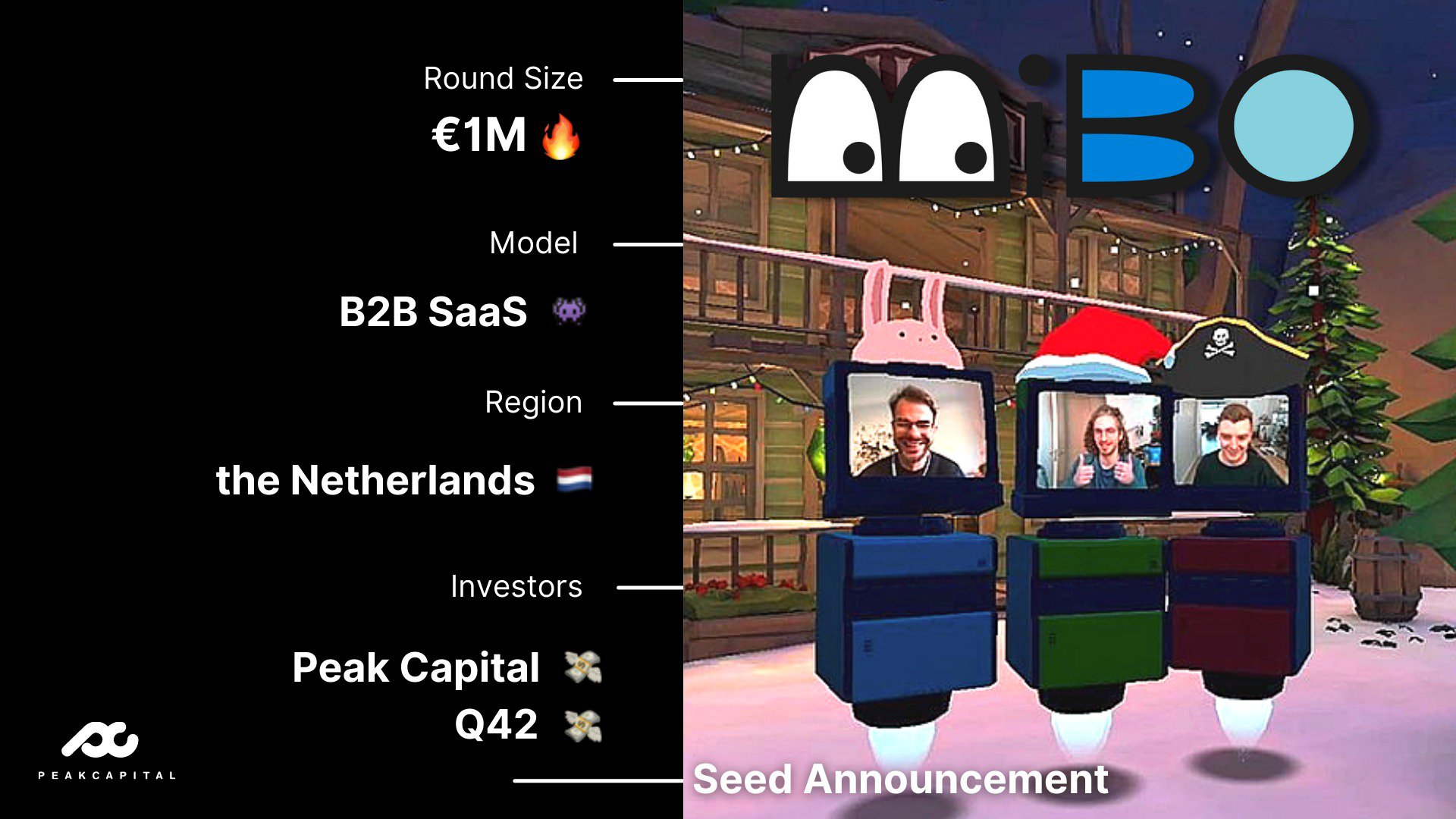 Amsterdam, April 14, 2021 — Social meeting platform Mibo raised €1M in a funding round led by Peak. Mibo will use the investment to expand its team, further develop its platform, and accelerate international growth.

“Having built and worked with many remote teams, we know the pain of trying to have informal gatherings or fun activities remotely”, says CEO and co-founder Taco Ekkel. “Zoom and other business videoconferencing tools simply aren’t built for informal group gatherings. That’s why we’ve built Mibo: to help teams get together in a way that feels human, social, and fun.”

“From the first moment I was talking to the Mibo team, when they just reached out for advice, I knew they were onto something special”, says Peak managing partner Stefan Bary. “They didn’t have any numbers at that moment, but everything VCs want to see is in place: immediate appeal of the product to the audience, high adoption, possibilities for viral growth and an interesting platform to build services and experiences on top of. And the team has proven to be able to execute on all of that very fast.”

The investment, led by Peak, will be used to accelerate international growth and to build out partnerships. Mibo is partnering both around product integrations, and as a platform for custom third-party-designed social experiences. Mibo is looking to quickly expand the team including leadership roles in marketing, customer success, data, and sales.

“We are excited to partner with Peak because they are intimately familiar with scaling SaaS companies and share our vision of a world where remote work is empowered by a new generation of tools that deeply understand social dynamics”, says CTO and co-founder Benjamin de Jager.

Mibo is videochat made for informal gatherings such as team drinks, social mixers, and networking events. Mibo combines videoconferencing with walking around in a 3D world, giving its users an authentic feeling of being together. Participants can freely move around and hear others become louder as they move closer to them. By walking around, users can see one another and choose what conversations to join. From tropical islands to workshop spaces, Mibo offers a variety of environments to gather in. All of this can be experienced simply in a web browser without the need for any additional VR hardware.

Customers have used Mibo for team drinks and check-ins, company meetings, conference mixers, and many more meet-ups that benefit from a more informal, social, and fun way to gather. User reactions have been very positive, praising Mibo as a way to truly feel togetherness.

More information can be found on https://getmibo.com/