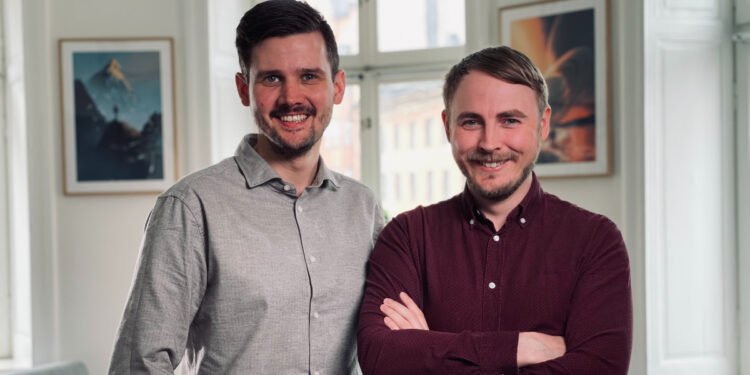 Heja’s social platform allows coaches, parents and players to easily organize and communicate in one place. The company was founded by Mikael Blix and Johan Berglund, who previously founded laget.se, the largest sports club management platform in the Nordics. In 2017, they started Heja with the ambition to connect a global audience of 1.5 billion people in youth sports by focusing on the team instead of the club. Today, over 140,000 teams use Heja to keep track of upcoming practices, schedule games and share images and videos within the team.

Mikael Blix, co-founder and CEO of Heja, comments on the company’s mission to promote team sports among children: “Youth sports have a tremendous impact on society, leading to better results in school, helping children make lifelong friends and building foundations for healthy lifestyles. Today, youth sports involve 1.5 billion people across the globe. Heja’s mission is to give them the place to meet, grow and develop together as players, parents and coaches. The pandemic made our mission clearer than ever, as kids continue to need the physical and social stimulation that comes with playing a team sport.”

Heja calculated that its platform has led to an additional 4.1 million hours of youth sports participation, mainly thanks to increased parental engagement. Heja brings parents closer and more engaged with their child’s sports team, with 91% of parents reporting higher engagement thanks to the platform. Heja also helps kids to be in touch with their team members, which became increasingly important when games and practices came to a standstill during the pandemic. With vaccination rates increasing and countries opening up, Heja has seen a strong upswing in activity, as kids can go out to play team sports again.

The funds will be used to grow the team, drive product development, as well as further market expansion. To date, Heja is being used in over 50 countries, with most of the users coming from US, UK, Australia, and New Zealand. In the United States alone, the market capitalization for youth sports is estimated to be $30 billion dollars. Last year, Heja launched a Pro version with features like desktop access, payment tracking, attendance statistics, unlimited admins, and document sharing.

David Zwagemaker, Principal at Peak Capital, who led the round, is confident on Heja’s growth potential:“When we first met Mikael and Johan we were immediately really impressed with their ambition to build a global sports platform. Most sports teams today still rely on Whatsapp, Facebook, email or small local apps, which results in messy communication and unclear schedules. The Heja team has built a platform that is used heavily by more than 1 million users world-wide – and it is very sticky: parents use the app seven times per week on average, and coaches are even more active.”

Heja is the home of team sports. The vertical social platform enables sports teams to communicate and share memorable moments. The company was founded by Mikael Blix and Johan Berglund in Stockholm 2017 with the vision to be the home where teams grow together. Heja has to date raised 7 million USD from Peak Capital, Luminar Ventures, Bonnier Ventures, Inbox Capital, Max Ventures and angel investors including such as Caroline Ingeborn (ex-Tocaboca COO), Ted Nelson (ex-Truecaller CCO) and Mattias Weinnhandl (former NHL player).