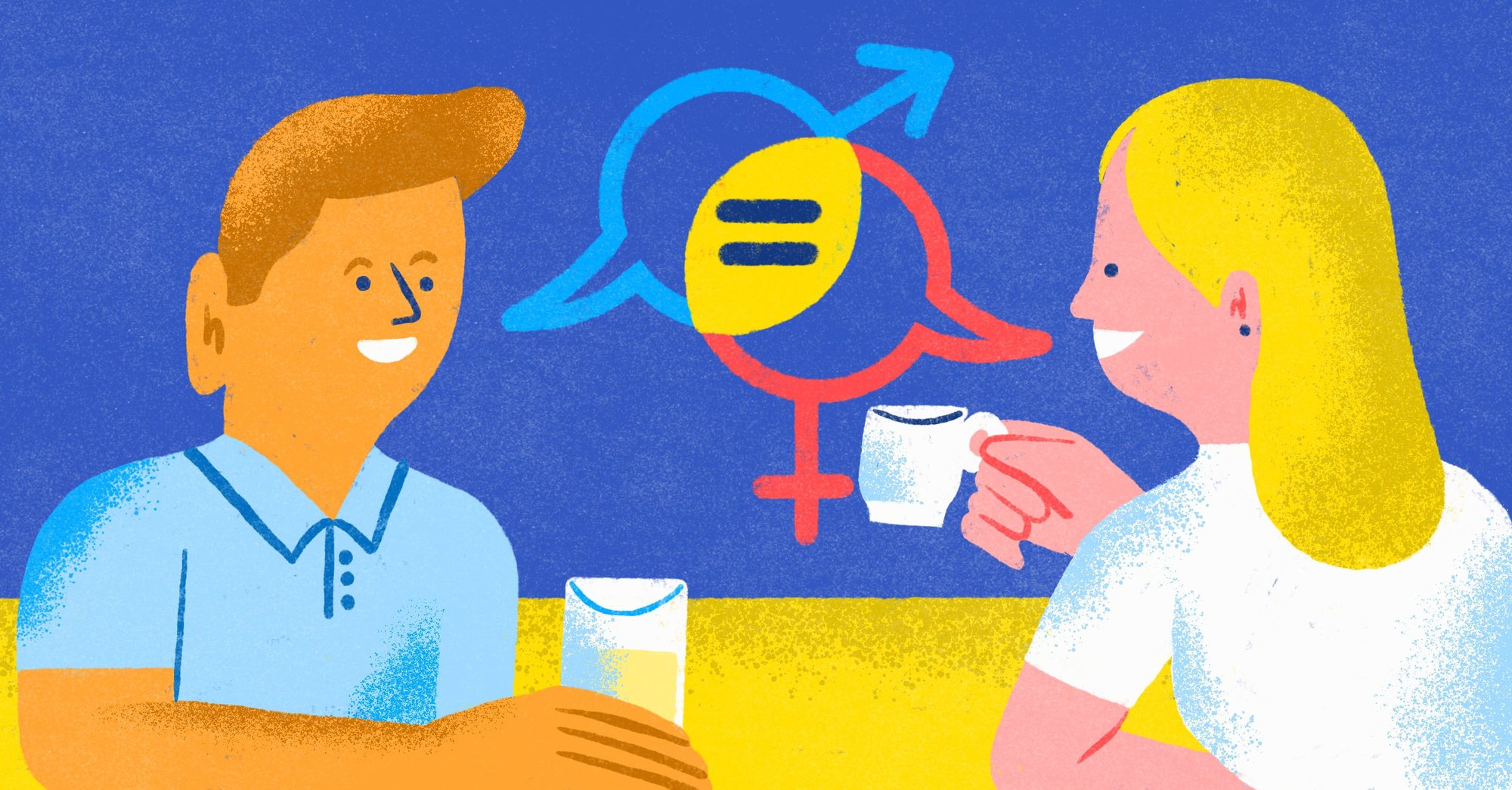 Now try this at home. If you – as a male – were to sit through a lecture where the CEO consistently – not just in one conversation but in every conversation – were addressed as a female – would you identify with this CEO? Could you picture yourself as this CEO? Personally I don’t identify with “him” – in my mind’s eye a caucasian male middle aged CEO. And when I hear the CEO being addressed as a he after 100 times I am ready to tune out of the conversation all together.

If we are to really change something in terms of gender equality, I think a good, simple starting point would be to start with language. How will girls expect to grow up as CEO’s, lawyers, bankers, pilots and consultants if these professions are always addressed as “He”. I grew up in a time where children books depicted dad going to work and mom waving him goodbye. I grew up in a time where all children book pilots and all doctors and all firemen were male. And all teachers and all nurses and all secretaries were female. We have to initiate change at the root. And the root is the expectations we set for what you can become when you are a 2 year old, a 6 year old or a 10 year old.

I was never so acutely aware of gender stereotypes in language until I lived in the Philippines. Curiously the Filipino language has no word for gender. There is no word for he or she. I can tell you this is a game changer. As a result, there are zero gender stereotypes related to professions. A CEO has an exactly 50/50 chance of being female or male. I noticed people would refer to doctors as a default “she” whereas the first spontaneous picture in my mind was of a “he”. The Philippines coincidentally is one of the most emancipated countries in the world. Now this is surely not all attributable to language. The Philippines also has affordable child care and former female presidents who set precedents for young girls to achieve the highest office in the country. But I am pretty sure – that in the complex soup of gender equality – language is a key ingredient.

Changing these deep rooted stereotypes – which are hard wired in our language is no easy feat. It is like writing with your left hand when you are right handed. It takes practice over and over and over. And yet it is a beautiful opportunity. Language – unlike many other complex facets in the gender equation – is fully within our own control. It is tremendously impactful – don’t take my word, ask any woman. And it is 100% for free.

It’s that simple. A little more conscious effort is all it takes.

After the presentation at the corporate governance course I walked up to the organization and shared my thoughts on how gender is in part a language problem. The very next day, all speakers referred to CEO’s as a 50/50 he or she. I am not sure if anyone else noticed, but I sure did. Finally, a fully inclusive conversation.